Sadly, we’ve reached the end of Pavlova Week. Next week we’ll just be back for boring old Wednesdays. If it cheers you up at all, though, the recipe I have for you today is amazing. (I know I say that every time, but I wouldn’t put up a recipe that isn’t amazing, so at least you know it’s true!)

It’s a very hot spring here in Philadelphia, but it’s spring nonetheless, and the roses know it. I grew up in Florida. Roses are not common in Florida. Roses die in Florida. Here, they are happy and blooming and smell wonderful. So, I thought, why not at least try a rose pavlova? If it’s bad, no need to tell anyone. If it’s good, all the better.

It’s good. So I’m telling you. And when I say that it’s good, I mean that I really don’t like rose flavoured edibles, but this is good. Rose can be unpleasant and overwhelming in food. To me, it’s too sweet and doesn’t have enough nuance to the flavor. There are, however, two parts of this pavlova that prevent the rose from going overboard. One is the size: it’s big enough that a small amount of rosewater doesn’t get too concentrated. The other is the honey, which can also be a strong flavor on its own, but here the two can compliment each other, but they can also stand up to one another.

I actually tried five different flavor combinations with the rose to see what the best toppings would be. Four of them had whipped cream, which I love, but it didn’t sit well on the rose. On top of the cream, we tried lemon curd, passionfruit curd*, crushed pistachios, and raspberries. 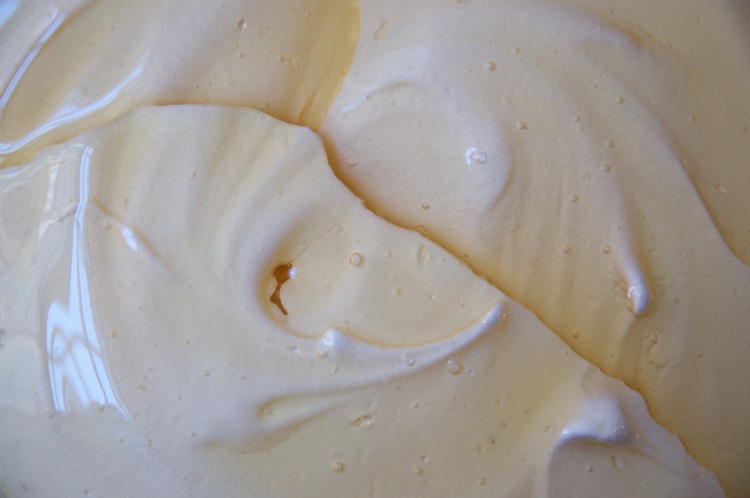 Personally, I thought raspberries worked the best of those four options, not including honey. My mother really liked the pistachios. They both may work better without the cream, if you’re not a fan of honey. I chose honey in the end partially because it handles the rose better, which I don’t think either pistachios or raspberries would do, but also because it creates such a beautiful sheen over the smooth surface of the pavlova. It would be a shame to cover up this beauty. 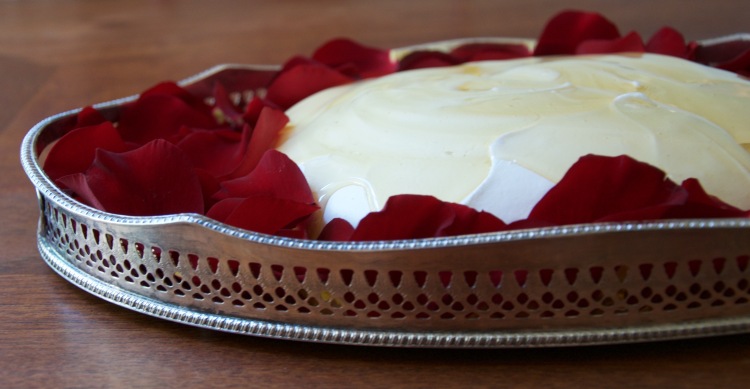 As with any pavlova, breakages are just going to happen. I was really lucky with this one that the breaks, which were the result of getting it on the tray, happened to fall in a circular pattern, like rose petals. I also swirled the top a little when I was arranging the meringue mix before it went in the oven. This happened to be the best pavlova I’ve made so far – that might partially be because I’ve made so many now that I actually feel like I know what I’m doing. I don’t want to go on and on anymore about how light and fluffy pavlova is, because I’ve done enough of that, but this was really light and fluffy. 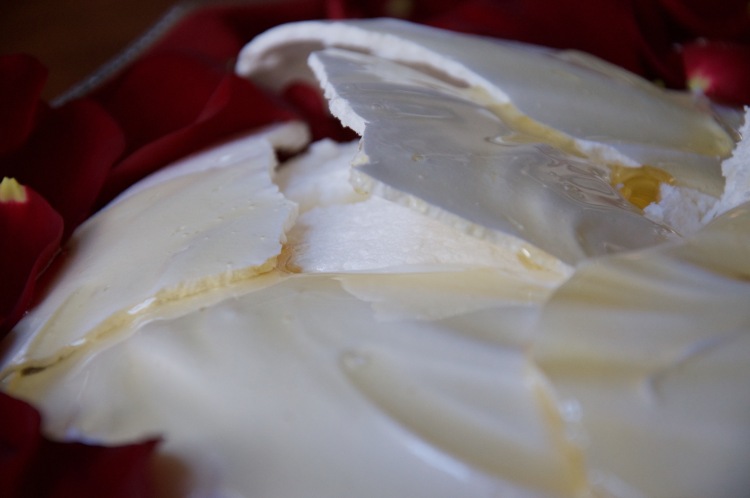 I may have stripped two large roses for this shoot, which I felt really bad about, but I didn’t know how else to get such luxurious pictures. If I’m going to go halfway and make rose anything, then I may as well go all the way and make a bed of rose petals for it to lie in, as ridiculous as that concept is. I’m actually slightly embarrassed to even post these pictures, they’re so ridiculous (perhaps what’s more ridiculous is how easily I could get my hands on a silver platter). It’s worth it, for the end of pavlova week, I suppose, but then the question becomes: how do I top this?

As always when making pavlovas, remember:

*Passionfruit curd is by far the best of the curd family. I get mine from Condiment, because passionfruits are hard to find and I wouldn’t want to make it even if I could – but seriously, if you have the chance, try it.

For the honey:
½ cup honey

One thought on “Pavlova Week: Rose and Honey Pavlova”