This post is on also honey as an example of the content that will go up on Patreon under the $5 a month tier.

Woohoo! This is my first Behind the Scenes post going out to all patrons from the $5 tier and above.

I’m really excited about this post, actually, because I did so much work for Pavlova Week, and there’s just so much information I have that I can’t put in the regular posts because they’d be a mile long. I will try to condense this as much as I can, don’t worry, but in the meantime you’re going to learn a lot about what makes pavlovas work.

The basic structure of a pavlova, as I said, is the addition of air to egg whites via whipping them, which makes them grow in size. Then we add the caster sugar, which is also known as superfine sugar, but is different from powdered sugar. The caster sugar holds the egg whites, giving them more to bind to, and makes them taste good. We use caster sugar specifically because it’s finer than regular sugar, and therefore dissolves faster. Then we add cornstarch and white wine vinegar. There are, as usual, several theories about why these are necessary: some say the acid in the vinegar stabilises the whites, preventing separation. Some say the cornstarch and vinegar help create the inner marshmallow layer. I’m not an expert. I’ve just found what works for me and I’m going to stick to it.

You can replace the vinegar with lemon juice, as in the lemon and blueberry pav. It’s not really about the taste (white wine vinegar is gross stuff), it’s about the acid, so there isn’t enough to have much effect on the flavor. I did a little experiment with my handy new pH strips, courtesy of the milk experiment, which helped shed a little light on the acidity of the two. In the picture to the right here, the top pH strip is lemon juice, and the bottom is white wine vinegar. They’re almost identical in color. The vinegar looks a little browner, but you’ll just have to trust me that that’s because it was sticking to the surface, whereas I’d just put the lemon juice strip down.

Now that we’ve established that, let’s have a look at the actual pavlovas I made. If you’ve been looking at my pictures and thinking, man, hers look so good and mine are so not, please, do not think that. Here are some of the monstrosities I’ve made in the past few weeks: 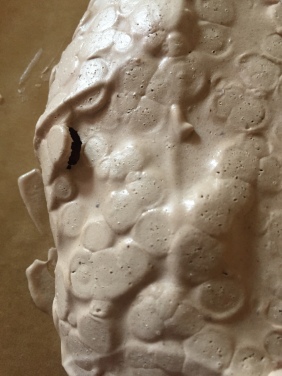 What is that bubbling, you ask? I have no idea. It was a total disaster. I was speechless. I don’t even know which flavor this was, I was so concerned with these weird weird spots. 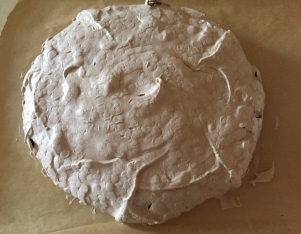 I probably made two pavlovas a day for at least two weeks, but more likely three. It was a harrowing journey at times. I had a list of all the possible flavor combinations I wanted to try, because originally I was going to do five different pavlovas, one a day, for Pavlova Week. Eventually I gave up and went with three, because five was just far too much. 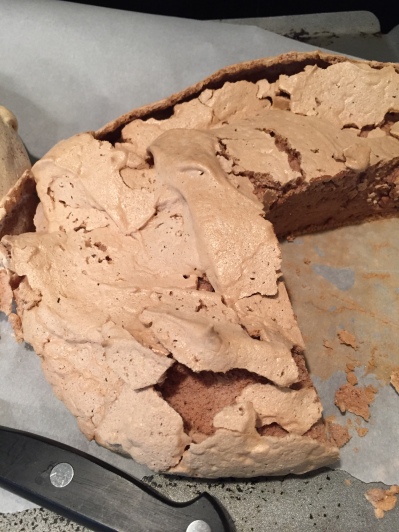 This picture was one of the chocolate pavs I tried. The only way to tell is the color – but then again I burnt my fair share of pavlovas, so who knows. I think it’s the chocolate though, because despite the look of it, it still tasted really good, so there’s a big chunk cut out. 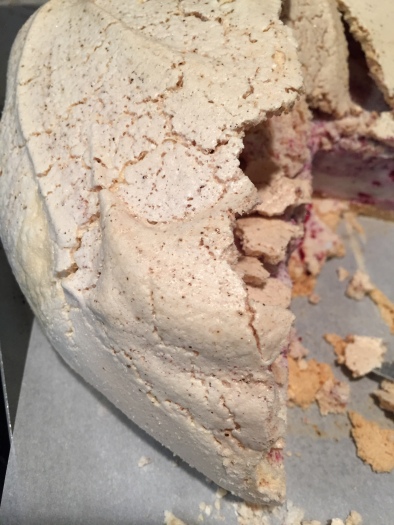 I had a list of all of the flavors I wanted to try, and at the top was hibiscus. That might sound really weird, and you’re right, it was. It didn’t work at all. I might keep trying, because I still believe it could work, but every time I attempted it the flavoring would just clump inside and it was awful. One of the hibiscus pavs I tried was so bad it was like felt. The whole thing was soft and flat and almost stretchy. Such a disaster. 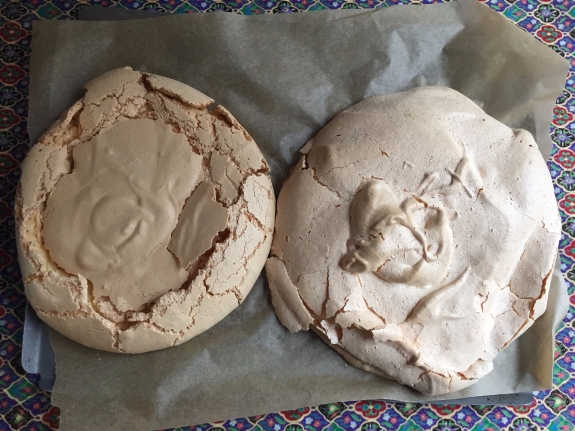 Not everything I tried was that bad, though. This is a picture of a lemon pav (right) and an orange (left). Overbaked, like I said. We decided the lemon was better, possibly because orange juice isn’t as acidic as lemon juice, and that was also how I attempted to get the flavor. I wouldn’t suggest doing that – that’s why I did all of these, so you wouldn’t have to. If you want an orange pav, try using orange extract. It’s fairly common, you should be able to find it. Also the way the top of the orange lifted and then fell back down – not good. Probably too much cornstarch. 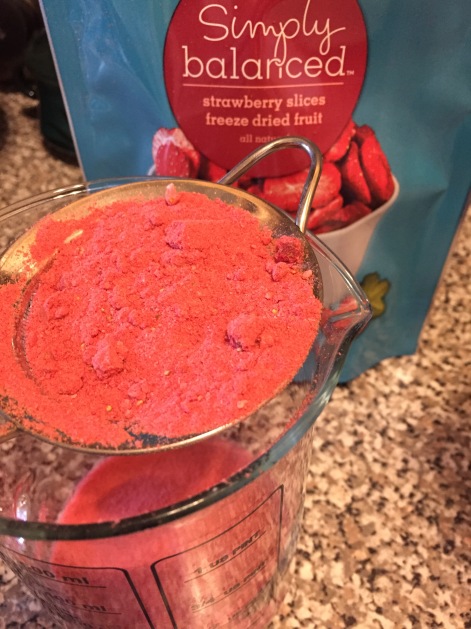 There’s one other way to get flavor in a pav, and that’s freeze dried fruit powder. I’ve now attempted several of these. The best have been the strawberry and the raspberry, possibly because those two have enough tartness, and pavlova does benefit from a little bit of that. Sometimes it works, and sometimes it doesn’t, like the hibiscus. The problem with freeze dried fruit powder is that it’s annoying to work with. I haven’t found an easy way to get just the powder, so you have to buy full fruit slices and then blitz them in a food processor – the powder goes everywhere and it’s thick and awful when it gets in the back of your throat and down to your lungs. I had to keep a kitchen towel over my mouth and nose while I did this. You also have to strain it once you’ve powdered it, because there are hundreds of tiny seeds in these fruits that we never notice, but they’d be really bad for pavlova.

I am NOT saying all of this to discourage you from making pavlova. I absolutely want you to make pavlova. Just follow the instructions. Mary Berry says pavs are so easy children can make them. I’m not sure I quite agree with that, but they aren’t that difficult either. I’ve just been trying to do extra stuff before I actually knew what a proper pav is like. Once I figured it out, I realised I’d been going about it wrong. Don’t worry about adding extra things to pavs besides a small amount of extract; you can add all kinds of things to the toppings, and concentrate on getting the meringue base right in the first place. No worries. I’ve made the directions as simple and easy to follow as I can, but if you have questions, PLEASE ask. I’ve done too many of these to not be generous with the information I can give you.

Good luck my friends, and don’t fret. You’ll do great.