I can admit to always having the slightest of obsessions with chocolate mousse. I think it goes back to when I was a wee snotty child and first read the Enchanted Forest Chronicles (by Patricia C. Wrede), in which Cimorene makes 10 gallon buckets of the stuff for her first dragon dinner party.  My first dragon dinner party, too. They don’t come around that often. It can’t just be that, though, because the only reason Cimorene makes chocolate mousse is because she doesn’t have time to make cherries jubilee. I don’t have any particular interest in cherries jubilee. 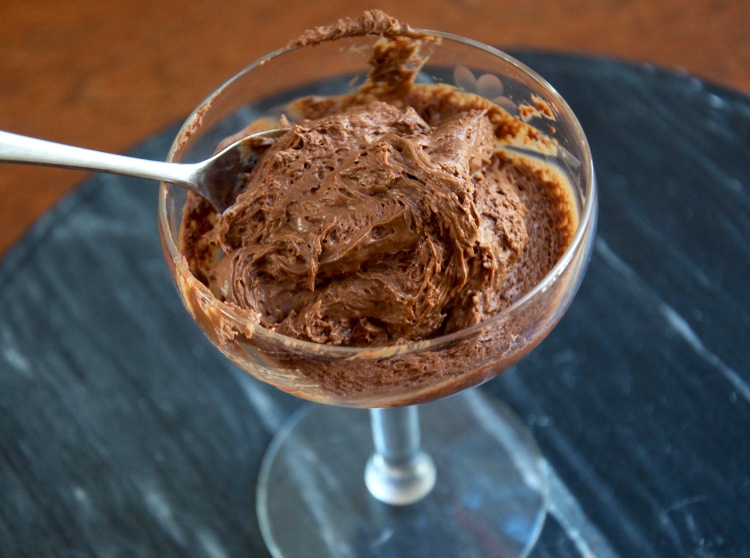 Taste and memory are funny that way. I don’t believe I’ve ever really had chocolate mousse. I hate chocolate pudding. I’d choose any citrus flavor over chocolate any day. But here we are: in the list of delectable desserts I want to try making, chocolate mousse ranks two or three. 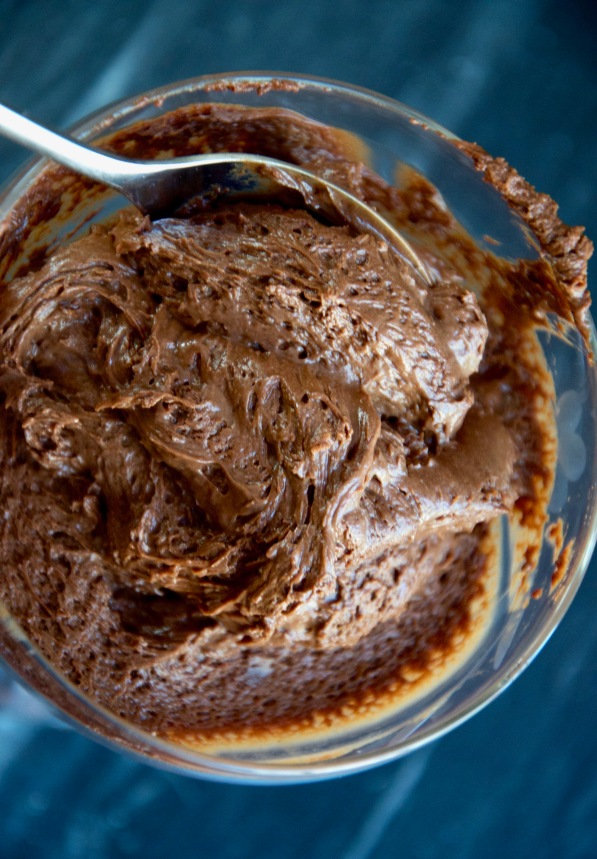 Partially, that’s because it’s easy. And it is definitely easy. There’s only one component, mousse, as opposed to crust and filling, cake and frosting. There’s no baking. The most difficult part is the eggs. And the eggs are not particularly difficult.

It’s also because, even as someone not inclined to enjoy chocolate, the mousse itself is the perfect counterbalance. What I dislike about chocolate, the sickly combination of overwhelming sweetness and the density of a peat bog, is cured by the fluffiness of the mousse and the nutty, lingering flavor of the vanilla and the rum.

That isn’t to say that you couldn’t go all in for chocolate. Dark chocolate is best for this, but it is also, obviously, dark. Less sugar, more pow. For less dark, choose bittersweet or semisweet, and preferably in wafers, because they’re easier to melt. (Don’t go for chips. They’re designed to retain their chip shape. Mousse > chip.)

Theoretically, the alcohol burns off in the cooking stage, leaving the flavor. I’m not sure about that in this particular case, but I also don’t know how to test it. If you’re worried about the alcohol, leave it out. If you’re not sure about the alcohol, use the rum. It’s one of the most forgiving of the hard liquors, in my opinion. That’s why it’s a staple for happy drinks like pina coladas and daquiris. Rum is made from distilled sugarcane. Light rums are for cocktails. Dark rums are for making hazy memories at weddings. Golden rums are where it’s at. Delicious flavor, slight kick, but not about to knock the pants off every other ingredient.

Balance, says I. Chocolate mousse is all about balance. Rich? Yes. Nutty? Yes. Sweet? Not too much. Chocolate? Creamy and delicious, of course. Fluffy? As a cloud. I bet even dragons would like it.